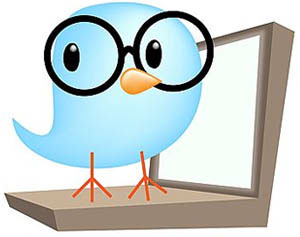 Differentiate personal from
the professional in social media.

If Gillette 's PR man spotted rival brand King of Shaves' founder, Will King, in a pub, it is highly unlikely that he would take the opportunity to inform him that his products are 'cheap plastic pieces of rubbish'.

Guidelines for the growing band of tweeting OP marketers.

The disparaging remark is exactly what a creative strategist at Gillette 's PR agency, Porter Novelli, publicly declared last month on Twitter. The PR-man sparked the row in response to popular tweets suggesting that consumers boycott Gillette and switch to King of Shaves, in light of French footballer and Gillette brand ambassador Thierry Henry's handball in his team's World Cup qualifying match against .

Jean Wyllie, managing director of Porter Novelli, publicly apologised for the razor spat, adding that it was a clear violation of the company's social media policy. King accepted the apology, and the incident provided him with some juicy material for his blog.

A storm in a teacup, perhaps; yet if PR agencies, tasked with guiding marketers on connecting with consumers online, are getting it so wrong, how are marketers to successively navigate the choppy waters of social media?

The power of words

The Gillette incident highlights an important lesson for them: off-the-cuff comments in pubs will be forgotten in the morning, but those made online can take on lives of their own.

Just ask the vice-president of PR agency Ketchum, who tweeted of a visit to a marketer's head office in : 'True confession but I'm in one of those towns where I scratch my head and say: I would die if I had to live here.' Or Sarah Henderson, the daughter of General Motors' ousted chief executive, who used the car brand's Facebook page to declare that Ed Whitacre, the company's acting chief executive was a 'selfish piece of shift' (sic). This was only part of a four-letter rant following her father's swift exit from GM. 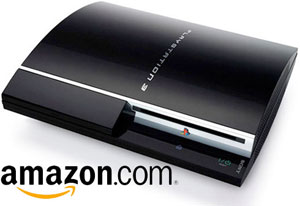 Nathan McDonald, managing partner at social media agency We Are Social, says that the advent of social media has contributed to the collapse of the space between what is personal, and what is business. He adds that many individuals are going wrong by failing to view their social media platforms as an extension of their public roles, particularly when they work within the marketing industry.

Put simply, marketers need to invest as much thought, judgement and effort in how they present themselves individually as they do their brands. Wyllie says that, with the lines between personal life and business life so blurred, a marketing professional may not have any truly personal space on a social media platform.

Ben Carter, a digital consultant at Evolv Digital, says it is important not to say anything on Twitter that you wouldn't say to a friend or colleague. 'The key is to look at Twitter as an opportunity to share information with a targeted audience. If you shout at them, they won't listen,' he adds.

Put simply, as a fledgling medium it is only natural that brands and agencies are experiencing some hiccups. While agencies lament the fact that brands are using inexperienced interns to staff their Twitter feeds, marketers are frustrated by the shortage of good case studies and solid results..

Of course, guidelines can go too far, and over-regulation may kill the message. Imagine if blogger Adland Suit couldn't swear anymore? Alex Myers, director at integrated agency Manifest London, says that while it's a constant struggle to increase the speed of sign off, agreeing solid guidelines for social media in advance allows brands to benefit from the immediacy of the medium.

However, as King warns: 'Once you've tweeted out something, it's out there forever. Before you start tweeting your little customer-centric heart out, be sure you have the blessing of your manager or director.'

Brands are learning the hard way that social media is an unforgiving medium and, inevitably, there will be more problems ahead. Ultimately, the brands that learn from their mistakes will reap the rewards.

We believe Twitter is a busness networking tool pure and simple. It is probably the most effective marketing tool available to businesses today. Business users choose to follow the marketer and when offers or information requests are made they respond…perfect.

Top tweeters recently, not suprisingly are the most successful marketers in the OP industry: Amazon, Best Buy, Shoplet, Euroffice, Staples and HP Direct