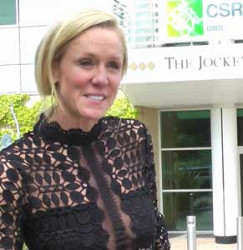 The UK's leading productivity services provider Commercial Group is on course to reach carbon 'net zero' target by 2028. We spoke with MD Simone Hindmarch about progress through the pandemic and the latest innovations inspired through greater team and client collaboration during the lockdown. Updated

Above headlines will be fleshed out tomorrow 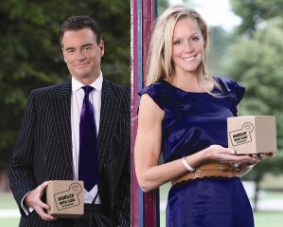 An invite from a customer to attend a speech by former US vice-president Al Gore led Commercial MD Simone Hindmarch to put sustainability at the core of everything the company does.

Hindmarch (pictured) was invited to attend the speech that preceded the release of Gore's Oscar-winning environmental film An Inconvenient Truth.

"It was a moment where the record scratched and I left with a challenge to evolve and develop as a company and an obligation to rise to that challenge," Hindmarche told CRN.

"I felt  Commercial had a moral compass as an organisation, and the products and services that we provide could be harmful to the environment and visible, in terms of paper and toner cartridges."

Commercial provides everything from managed print services to IT management to interior design, generating sales of £70m in sales in 2018

Hindmarch established Commercial with her brother Arthur (Pic right) in 1991, and became managing director in April this year. She wanted the firm to be a "leading communicator" in the area of sustainability in the channel.

The Cheltenham-based business employs a zero-waste policy and began its drive to become a leader in sustainability in 2006, when it vowed to cut its carbon emissions by 75 per cent over the course of three years. 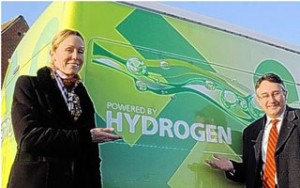 Hindmarche admitted it took four years to hit the target, but that it was a learning curve in developing a process of how to efficiently become sustainable.

"We have learned to do it in bite-sized chunks," she said. "It took three distinct phases to become a zero-waste company."
Commercial now uses biodiesel in its transport logistics, and has installed a recycled air system in its server room as an alternative to an energy-sapping AC system.

Hindmarch claimed that the company's desire to reduce environmental impact has had a knock-on effect on both its staff and customers.

"The biggest benefit for us as a company is the emotional engagement of our staff and attracting the right staff who want to pour a lot of themselves into an organisation that they truly appreciate," she stated.
"One thing that can be underestimated is the advantages of when staff are emotionally engaged in the journey you are going on as a company.

"The energy that comes from people working collaboratively to do good because they have an innate desire to do better has a ripple effect through our supply chain. That energy that is palpable here in Commercial becomes palpable in our customers' organisations." 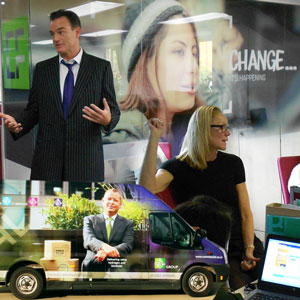 The MD has also seen a change in customer behaviour in the last dozen years since her "Al Gore moment", observing that they have become more aware of the environmental impact of their business, and have become more concerned about single-use plastics and the origin of the paper they use.

In fact, it was the very customer who extended the invite in 2006 that brought attention to the fact that Commercial was using single-use plastic to wrap its paper supplies. The VAR now wraps its own paper.

"Often, a lot of what we are suggesting to our customers is a lower cost in the long-term because it is not utilising the energy that it would have been using if they went down another route," she explained.

The IT sector is not known for its environmental friendliness, but Hindmarch believes that efforts by the likes of Microsoft to invent new ways of cooling datacentres marks a shift in the industry.

"I was always frustrated when I would hear that IT weren't interested in [environmental impact], but I have seen attitudes change greatly in the past 12 months," she said.

"Datacentres are being built under the sea and so now people are seeing the massive impact cooling these datacentres is having on the environment.

"I genuinely believe that if you are not innovative in this space then your days are numbered. Technology when done right can be the answer to a lot of the issues that we are facing from a sustainability perspective."