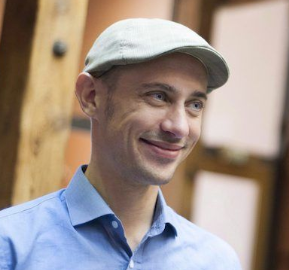 Rapidly growing ecommerce platform Shopify is investing in logistics systems to service the rapid growth in sales of its network of small & medium businesses. Can CEO Tobi Lutke replicate some of the success of Amazon with its 200 FC's around the world?

Lütke prefers his employees to refrain from checking the ecommerce company’s share price too often. Anyone caught doing so has to buy the rest of their team a box of TimBits — a doughnut-like Canadian delicacy.

Staffers at the Ottawa-based company might be forgiven for stockpiling TimBits lately. Shopify’s shares, which first listed on the New York Stock Exchange in May 2015, have been on a tear this year. The stock has climbed more than 150 per cent since the beginning of 2019, making Shopify more valuable than well-known internet companies including Twitter, Square and Spotify. Its market capitalisation — now more than $40bn — surpassed that of ecommerce pioneer eBay earlier this year.

“I had to remind everyone in [corporate messaging app] Slack that our share price is based on supply and demand, and is something that Wall St does,” said Mr Lütke, comparing the equity markets to sports betting.

Shopify has investors excited because it is increasingly seen as the most likely challenger to Amazon’s ecommerce dominance. While many retailers, both traditional and online, have tried to tackle Amazon’s “everything store” head-on, Shopify has succeeded by arming individual merchants with the same technology and capabilities, but with more control.

Retailers from Kylie Jenner’s multimillion-dollar make-up venture to the online equivalent of mom-and-pop stores can use Shopify’s tools to build a website, list their products and take payments — all under their own domain and brand. Most of the shoppers who spent more than $40bn across 800,000 Shopify merchants last year would have had no idea they were transacting with the Canadian company. 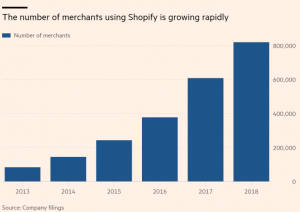 “There was no ‘powered by Shopify’ anywhere,” said Mr Lütke, who started what would become Shopify in 2004 as a side-project of his online snowboard store. “We built a brand behind other people's brands.”

Beyond the Valley
Shopify’s absence from the Silicon Valley spotlight has been by design. Germany-born Mr Lütke has long resisted the San Francisco Bay Area’s gravitational pull, calling the costly fight for talent and property there “one of the most pure examples of groupthink gone wrong”. “I’m flabbergasted why anyone would ever consider starting a company in that area at this point,” he said.

But that does not mean Shopify is shying away from Silicon Valley-style ambition. The company has just begun the difficult shift from the internet to the real world with the launch of its own fulfilment network, offering to take on merchants’ warehousing and logistics needs — mirroring similar operations at Amazon.

"After you purchased all your necessities on Amazon, you want to buy some things that you are really looking forward to . . . you very quickly end up outside Amazon, which usually means Shopify stores"

Tobi Lütke
Logistics is a problem Mr Lütke has wanted to tackle for many years. Small businesses — which make up the vast majority of Shopify’s merchants — find it “wickedly difficult” to keep up with the messy, expensive business of shipping, returns and storing inventory, particularly in light of the high consumer expectations set by the likes of Amazon, which sees orders delivered within a day or two. 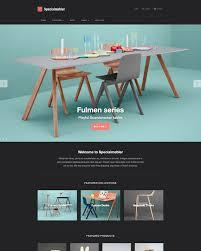 “Giving that [capability] to more people who don't happen to be part of the Jenner and Kardashian clan is exactly the kind of thing we want to do,” he said. “If nobody does this kind of thing, then all the benefits accrue to the people who are already big.”

But tech industry observers have suggested that Shopify’s move into fulfilment puts it on a collision course with Amazon itself — a battle that few ecommerce companies have fought and won. It also adds a layer of complexity to what is already a tangled relationship.

Currently, Shopify merchants can use its platform to sell through Amazon’s Marketplace, as well as their own website. But a big part of Shopify’s value proposition is the ability for retailers to tailor their online stores and maintain a close relationship with their customers, rather than use the boilerplate Amazon listing.

So while Mr Lütke is diplomatic when it comes to Amazon, it is also clear that he is rooting for the Davids taking on Goliath.

“In a lot of ways, Amazon are the guys who are convincing everyone that online shopping is simply superior,” he said. “But after you purchased all your necessities on Amazon, you want to buy some things that you are really looking forward to . . . you very quickly end up outside Amazon, which usually means Shopify stores.”

Mr Lütke added that he does not see Shopify as an Amazon rival, per se. Instead, he describes his business as a “factory for competitors to Amazon”. 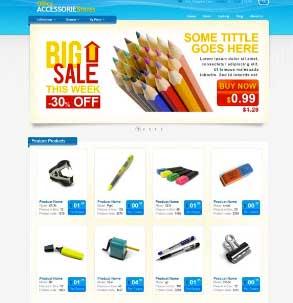 ‘Hey, they want us dead!’
As pressing as the challenge from Amazon is the future of Shopify’s existing revenue streams — in particular, ecommerce via social media platforms such as Instagram and Pinterest, which have become vital to growing online retail outside Amazon, and increasingly important to Shopify.

“Instagram has been the most phenomenal growth vector for small businesses,” said Mr Lütke. “It's a great way to tell stories about products that Amazon, with its static pictures and very sanitised listings, doesn't offer people.”

One potential hurdle is that Facebook itself is also pushing into ecommerce, from creating Instagram Checkout — which allows people to buy items they see in posts without leaving the app — to its ambitious project to create an alternative global currency, Libra.

But Mr Lütke is betting that a large number of Instagrammers will still end up using Shopify to run their stores’ back-end, even if some steps in the purchasing chain are owned by Facebook. “The more people engage in internet buying and selling, the better our business will work,” he said.

That is not to say that Mr Lütke is not competitive. He says he is “super surprised” that Shopify has attracted few rivals that compete right across its range of services, even after its rapid growth over the past few years.

“Sometimes, I would rather have a competitor because it's easier to run your company if you have one because you don't have to rely so much on intrinsic motivation,” he said. “You can just point at someone and say, ‘Hey, they want us dead!’ — and that's actually a great motivator.”